Here are some cast iron dinner ideas for you – each meal is cooked in a cast-iron skillet or cast iron dutch oven from start to finish! What I love about these meals is that they are completely customizable – you can add any meat, veggies, spices or herbs that you like or have on hand.

Leave a comment if you have questions and let me know your favorite one!

This post contains affiliate links, which means I make a small commission at no extra cost to you. See my full disclosure here.

This is a recipe inspired by Farmhouse on Boone. I call this my kitchen sink meal because I literally throw in anything I have on hand except the kitchen sink!

This time I threw in:

Then I made the sourdough batter using my sourdough starter, baking powder, eggs, ghee, and some dried basil. Pour it overtop your mixture in your cast iron skillet, top with cheese and bake at 425 for about 20 min.

This is the cast iron skillet I use. Learn how to season your cast iron here.

On this night I made 2 sourdough pizzas. I just cook the meat in a cast iron skillet, remove it, add my sourdough starter to the cast iron, bake it until crispy, and add whatever toppings you have!

Tonight I made one pizza with bacon, fig jam and goat cheese and the other with Italian sausage, red onion, green bell pepper, garlic, cheddar cheese and fresh basil.

Truly a one cast iron skillet dinner idea – I make the meat and crust in the same skillet.

For this cast iron dinner I used my enameled cast iron dutch oven for another one pot meal.

First I cooked quinoa in the dutch oven with some bone broth then removed it. Browned the chicken apple sausage in the dutch oven, added in some zucchini, yellow onion and garlic until just softened. Threw in some fresh sage, added the quinoa back in, stirred it up and topped with goat cheese and dried cherries!

I usually don’t use zucchini in this recipe. I prefer to use kale because the zucchini released a little too much moisture.

On this night I made my hubby’s favorite meal – Pretzel Cast Iron Chicken! This is the most delicious and crunchy chicken ever. I make it just like the herby crispy chicken in my free cast iron chicken ebook but instead of breadcrumbs, I use crushed pretzels.

I served this with some (you guessed it) zucchini and sauerkraut on the side! I also use the Core and Rind smokey cashew sauce to dip the chicken in. SO TASTY.

I made my ghee basted chicken – the full recipe is in my free ebook. I served alongside some zucchini (our harvest this year is insane) and homemade sourdough bread.

How to cook chicken in a cast-iron skillet 3-delicious ways!

why use a cast iron skillet

Iron is a nutrient that your body craves; non-stick pans have chemicals which are anti-nutrients to your body and can actually wreak havoc.

Cast iron pans are a great non-toxic alternative to the chemically contaminated non-stick pans. Once you have a nicely seasoned cast iron and learn how to use it – it’s actually super easy to use and food tastes SO MUCH BETTER on cast iron. Since I’ve been cooking on cast iron, I find that I rarely crave restaurant food because I know I can make it just as delicious, if not better, in my own home using my cast iron skillets.

how to cook in cast iron

Best foods to cook in a cast iron skillet

You can cook anything in a cast-iron skillet! My favorite things to cook in cast iron are things that you want to be crispy such as:

why does everything stick to my cast iron

If things are sticking to you cast iron, there are ways you can troubleshoot.

Shop for my six month meal plans here. These will help give you a restful dinner-time routine by giving you all your recipes laid out in a weekly meal plan format for 6 months. 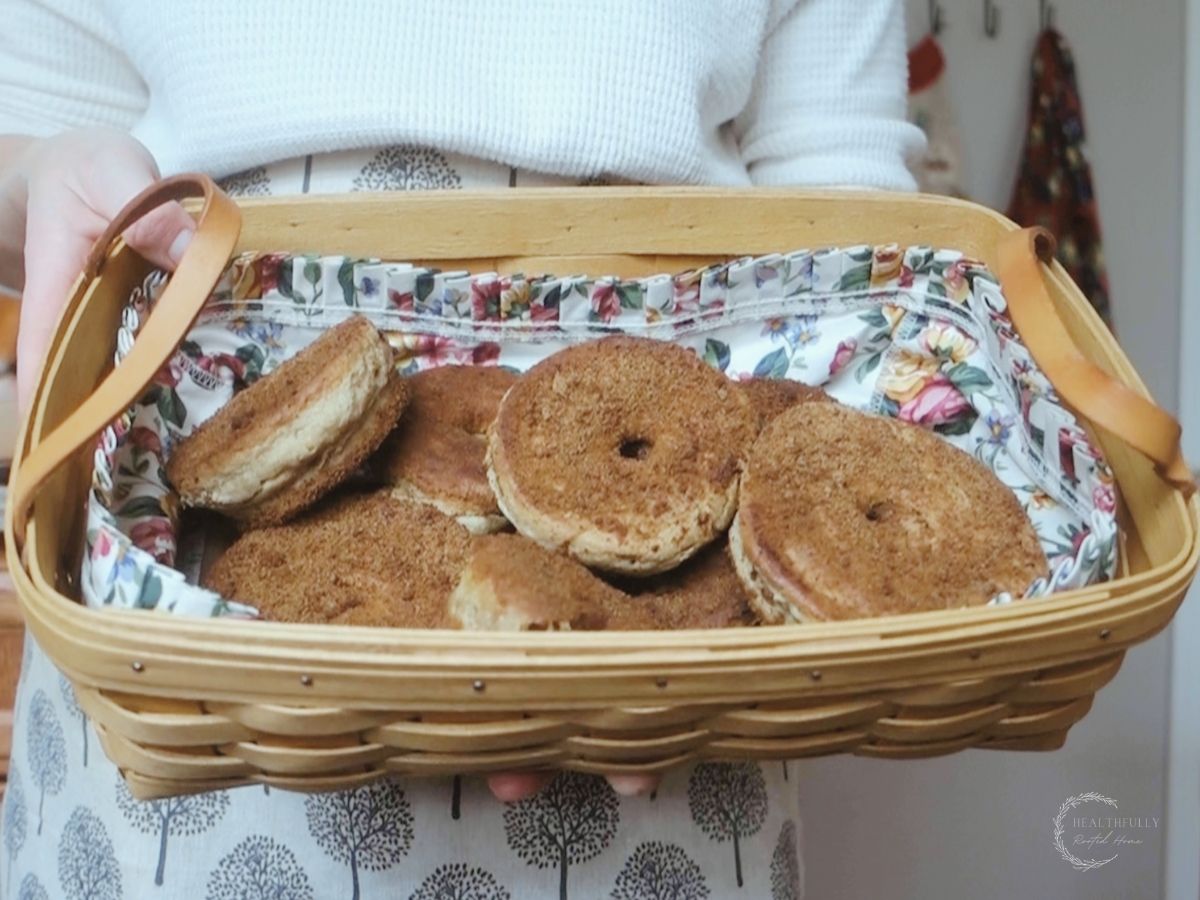 These sourdough donuts are fluffy with a crunchy crust. They’re made with no commercial yeast or fancy donut equipment. Grab your sourdough starter and a cast-iron skillet and you’re ready to make sourdough donuts! 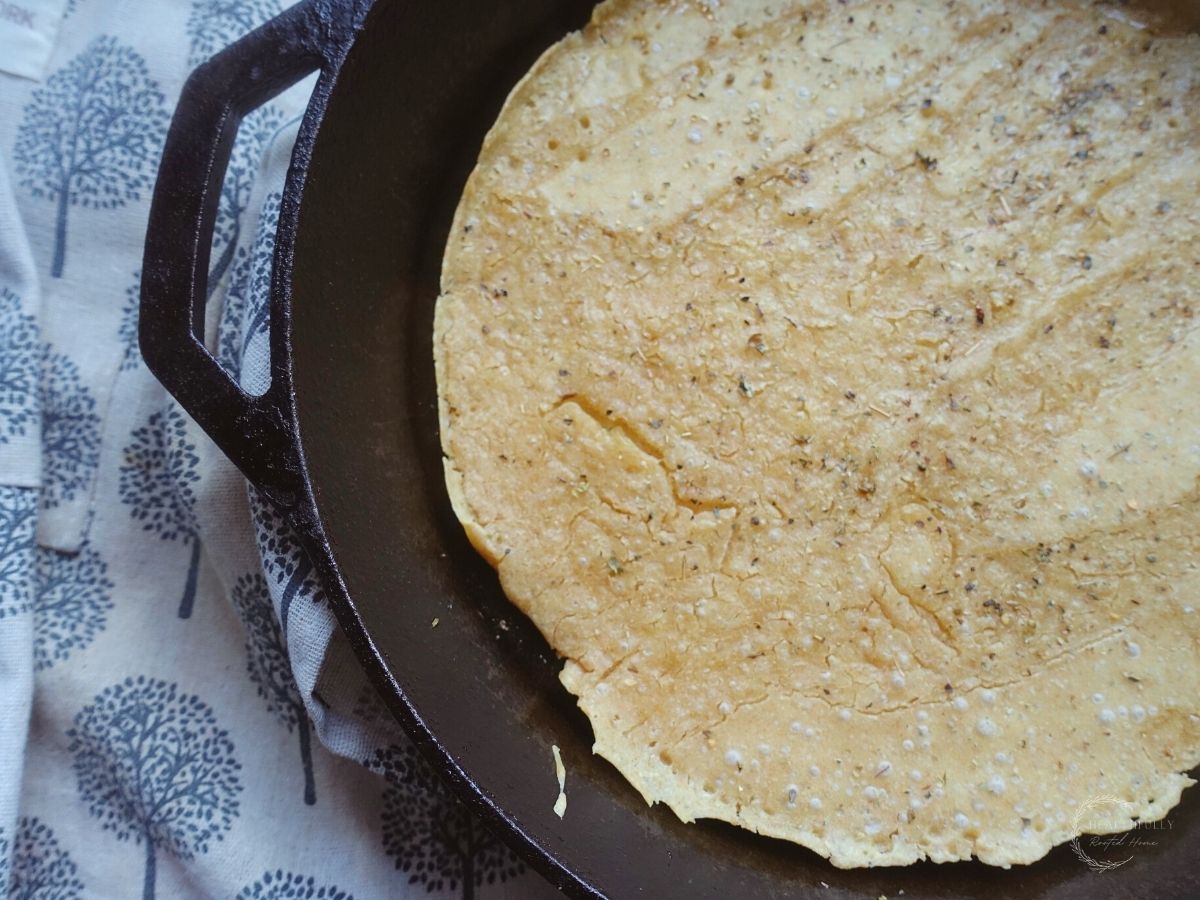 Today I’m sharing a same-day sourdough pizza crust recipe that takes about 5 minutes of hands-on time to make. This pizza crust is perfect for those days you have nothing planned for dinner. Related: How to season a cast-iron skillet Related: Sourdough Burger Bun Recipe This post contains affiliate links, which means I make a… 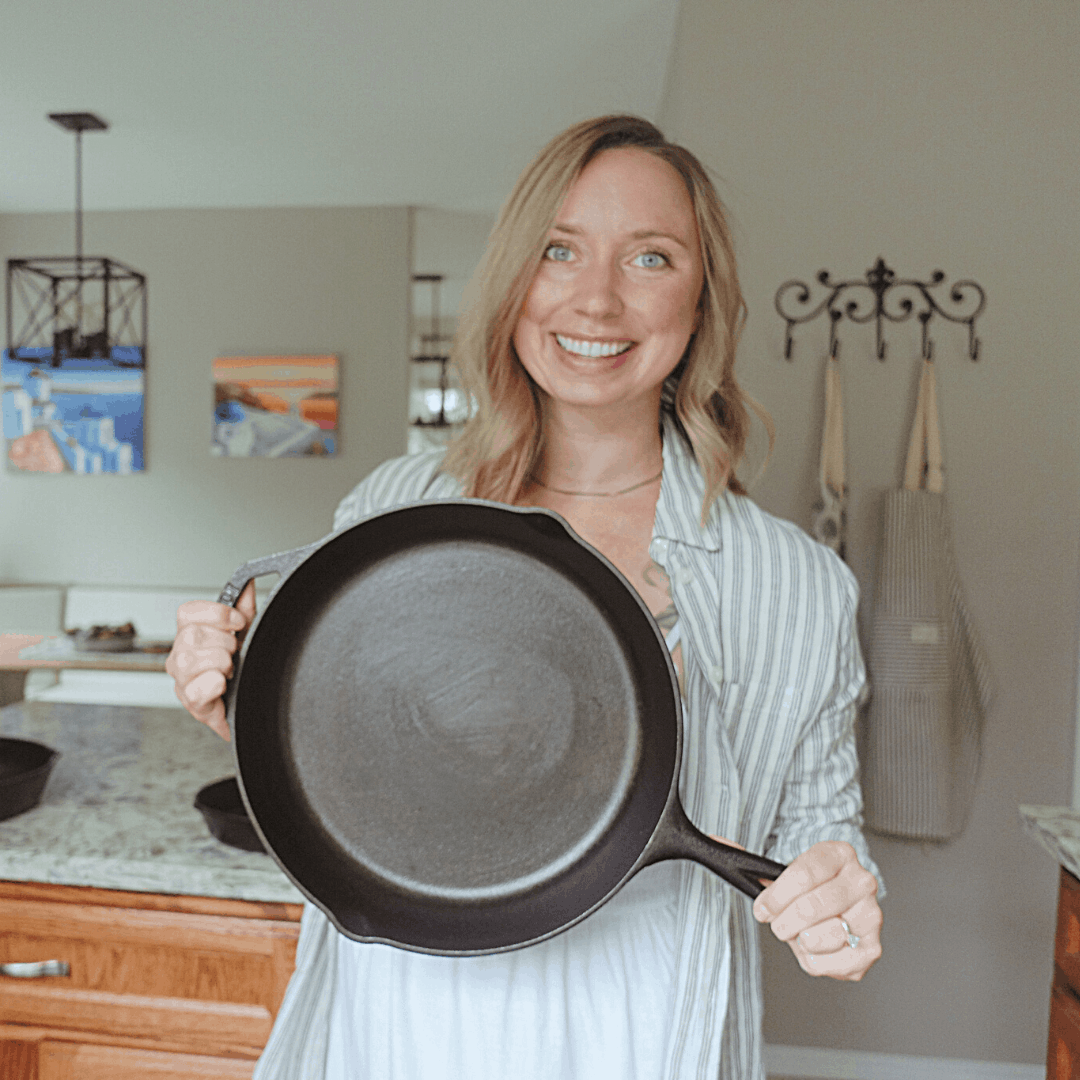 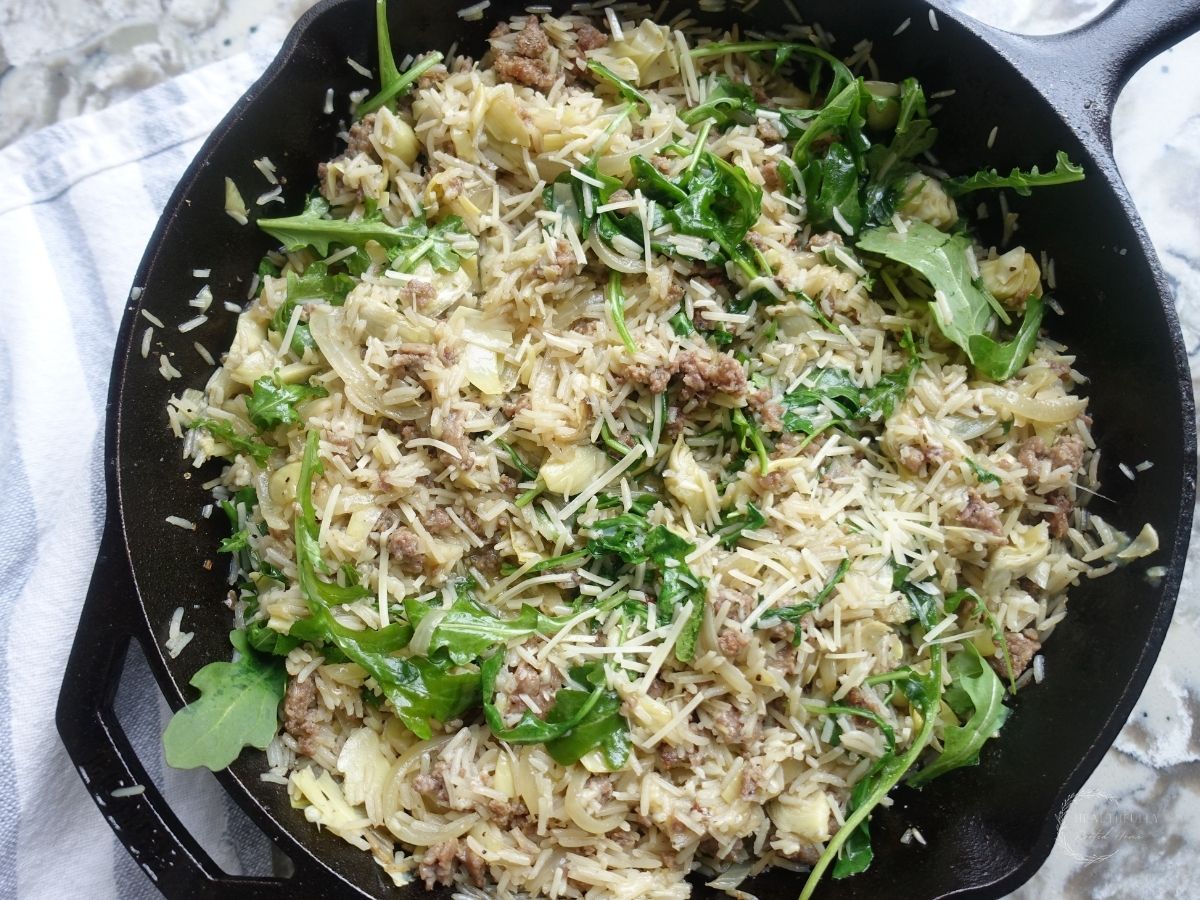 This rich and creamy risotto basmati is a twist on the classic risotto which is made with Arborio rice, this recipe utilizes the nutty and floral basmati rice. The fluffy texture of well-cooked basmati is perfect for a risotto dish. 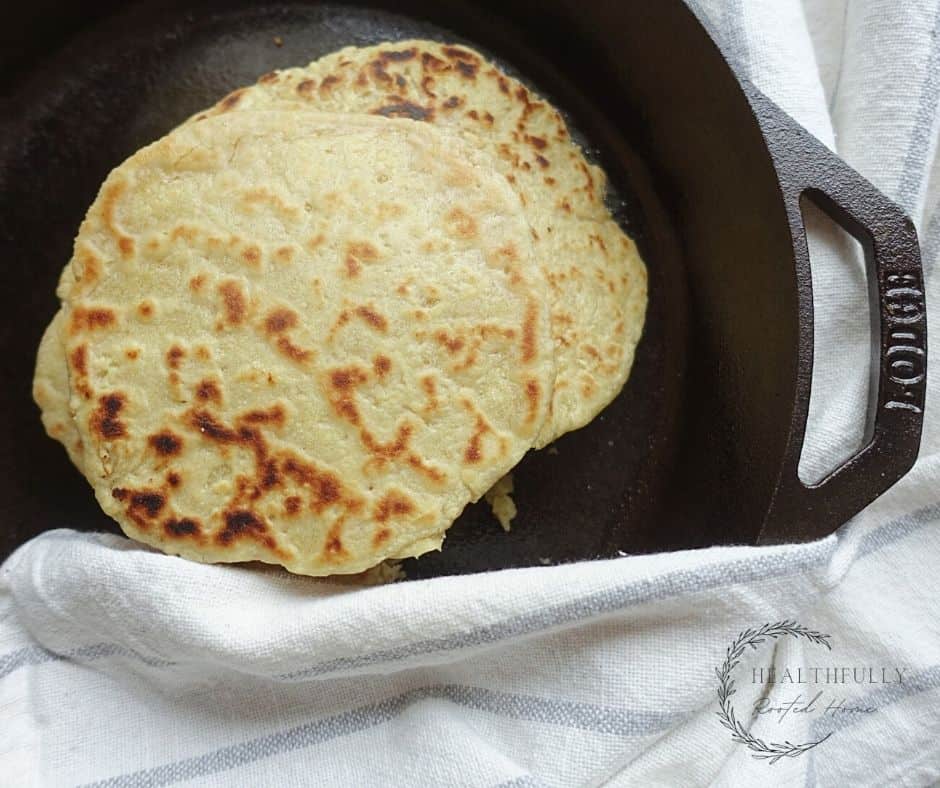 My einkorn tortillas are the perfect combination of fluffy on the inside and slightly crispy on the outside. They fold perfectly into tacos or wraps for whatever you want to fill them with. Using only simple ingredients these tortillas can be frozen for later, or eaten right away. They are easily digestible because of the ancient grain, einkorn, and they’re long fermented for even more health benefits. 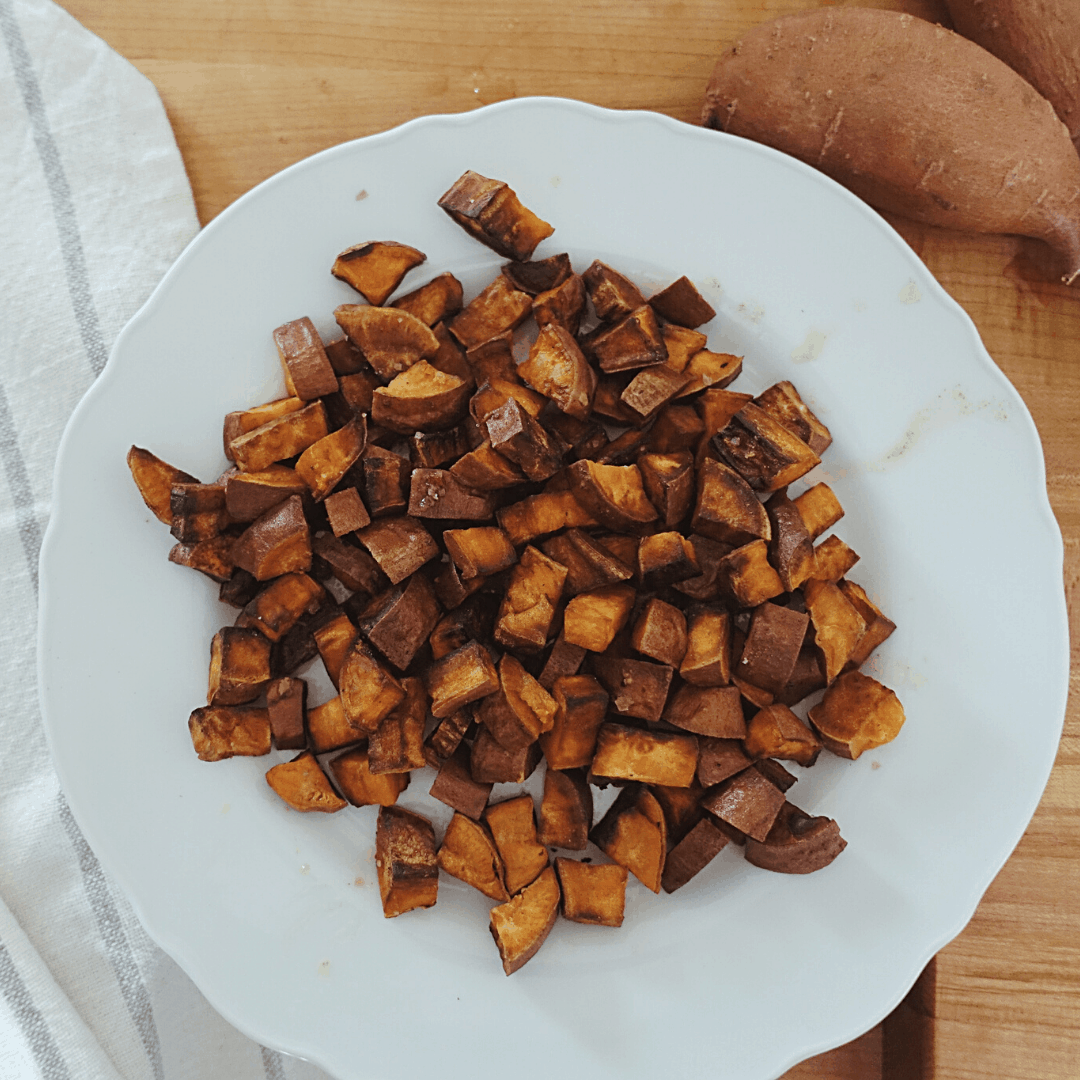 Sauteed sweet potatoes can be deliciously crispy when cooked in a cast-iron skillet. This is a method that I’ve honed over the years. Years of mushy sweet potatoes (almost inedible); years of ruined pans; and years of having absolutely no idea how to get these potatoes CRISPY! I’m hoping that you can avoid all the… 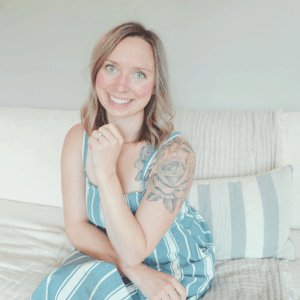 I’m Kyrie, the homemaker behind Healthfully Rooted Home where I help busy homemakers put healthy and wholesome meals on the table. I’m passionate about healthy living and getting back to our roots through old-fashioned cooking skills. Read more about me here. 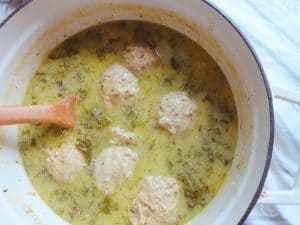 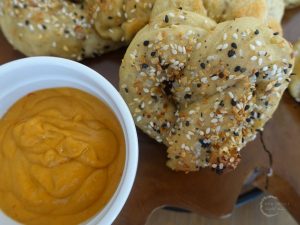 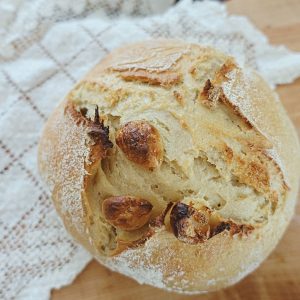 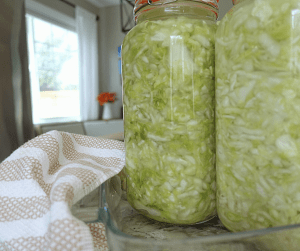 76 shares
Manage Cookie Consent
To provide the best experiences, we use technologies like cookies to store and/or access device information. Consenting to these technologies will allow us to process data such as browsing behavior or unique IDs on this site. Not consenting or withdrawing consent, may adversely affect certain features and functions.
Manage options Manage services Manage vendors Read more about these purposes
View preferences
{title} {title} {title}